It’s good to talk. Your marketing and business success depends on it. 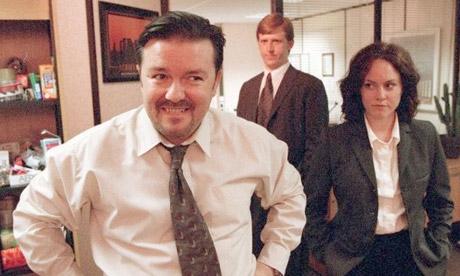 Staff communication failure: can you afford it? Photo source: guardian.co.uk

A close friend of mine spent the past weekend agonising over a survey.  Not a PR survey which will yield shocking or entertaining press coverage, but one designed to glean a workforce’s perspective on a problem:  the company’s performance (lack of).

The survey features a number of themed questions, all trying to establish anonymous opinion and suggestions on where issues lie and how things could be improved.

This is now fairly standard stuff – and increasingly common in today’s workplace, particularly when an outside consultant or new business head arrives on the scene.  In my view however, the main underlying problem is always the same:  communication.

This is no sweeping statement. Even those who should know better, professionally speaking, can be guilty of not communicating properly.  In an age of emails before breakfast and tweeting before bedtime, meaningful human interaction can too easily be filed under ‘do later’.

But this is no new problem.

I recently held an intensive marketing workshop with an organisation to establish an in-house marketing team from those who attended.

The day proved particularly challenging, not least because it soon became apparent that internal communication had broken down. As is the case in many companies and establishments, an unsaid hierarchy had evolved between staff; there was a clear divide in opinions and desire for the organisation’s future focus and therefore, no cohesion when it came to marketing.

Workplace hierarchies, deliberate or not, produce gaps in communication by default. The ‘us and them’ culture can be extremely destructive, not just within an organisation, but also externally.  It’s this outward projection I’m concerned with – reputation is everything and if businesses don’t get it right at workforce level, marketing of any kind will prove tricky to see return on.

I’ve worked with and advised businesses across a number of professional and industry sectors and have found this communication issue to be a running theme.

For marketing to work, it needs the buy-in and involvement of those who make up the business in question – and of course, those who are front of house.

As well as handling PR and social media for clients, I can be found working as a marketing consultant, looking at the existing setups and promotional efforts of businesses, to help them better apply the skills and ambitions of staff.  I find that often, companies need putting back on the rails, after losing marketing direction.

Asking staff for their input always provides a key starting point.  Encouraging this and face to face communication between all levels of an organisation always delivers surprising and downright useful feedback on the real, not perceived status quo.   The introduction of an outside consultant undoubtedly helps in teasing out the information and issues that really matter.  Businesses go to great length to recruit the right person for the job, but commonly miss the opportunity to really develop from using their expertise and insight.

The end product of the above workshop was a designated, core team of staff with clearly defined and mutually supportive marketing roles.  Further training needs were also identified.  It took an intensive session to establish these outcomes – so much needed determining and previously unspoken issues needed addressing before a cohesive marketing aim could be established.

It’s small steps for the newly-formed team, but for the first time, the organisation has a committed bank of staff to represent it to the outside world – with a clear understanding on what it aims to achieve.  This result came largely from getting people in the same room talking, at times, on topics not usually shared with ‘them’.

Hopefully, the employer behind the survey my friend has taken so much time over will afford it the same attention when compiling responses.  When a business’ main asset is its people, maintaining a healthy dialogue with these valuable informants should remain a priority, if not only for the sake of positive PR and reputation.