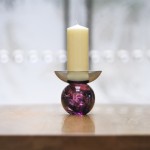 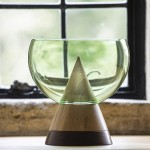 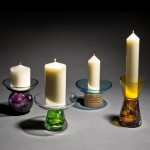 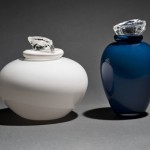 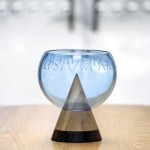 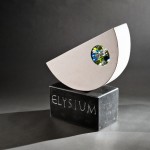 A group of Somerset-based artists is urging people to consider memorial art for the home in place of gravestones – after a BBC survey revealed half of England’s cemeteries will run out of space within 20 years.*

Experts have warned that a quarter of the country’s burial sites will run out of space in 10 years and nearly half in less than 20 years.

Frome sculptor Kate Semple, founder of a collective of artists known as Elysium Memorials, believes pieces of personalised art for the home or garden are the perfect remedy for England’s grave situation.

With a recent report from Sun Life Direct claiming the cost of funeral extras have risen from £83 to £2,006 in 2013 alone; Kate also argues commissioned memorials can offer a more affordable replacement to the more traditional headstone.

Prior to creating a memorial, Kate and her team carry out consultations so they can capture the personality, character and spirit of the individual the piece of art is being commissioned for. Recent commissions range from an engraved Portland stone beehive-shaped garden stool, to a blown glass candle holder made from small quantities of cremation ash.

With one in ten funerals now non-religious – and the Co-operative Funeral Service reporting “a major cultural shift” in funeral arrangements – Kate and her fellow artists are receiving more commissions. She says people are now preferring to create memorials which are beautiful pieces of art in their own right, and can be enjoyed in the home or garden.

Kate said: “Only six per cent of the population attends church today, perhaps explaining why death rituals like ceremonies and headstones are diversifying and shifting from buildings of religious worship, to the family home.

“The taboo surrounding death is crumbling as the 3.5 million baby boomers who will reach pension age in the next five years turn their backs on traditional rites of passage and search for alternatives such as memorial art in the home.

“And its not just mourning families who are commissioning us: we are also working with people who want to produce their own memorial, in preparation for their death.

“It makes sense when you think about it, as art is the perfect way for people to reconcile their own mortality, while helping their loved ones prepare for their bereavement.”