Vine – will it grow?

Vine, from the folk behind Twitter is the new kid on the block. 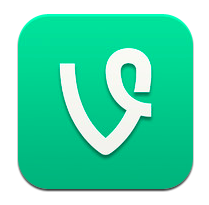 Launched at the end of last week, Vine offers a social media tool for on-the-go video sharing – up to six seconds a pop.  I couldn’t resist having a quick play with it yesterday and not only found it catchy, but can see where the benefit may lie for both personal and business use.  Its behaviour is a happy hybrid of Twitter and Instagram and it only takes a few minutes to register and get going, though arguably, a lot longer to master the creation of viral content.

One of my Vine posts – using a cat, of course.  Better examples to follow!

It’s early days, but Vine is an interesting development in social media land, daring to answer the “what’s next” question.  This channel will undoubtedly see a rapid surge in account registrations – but will the early adopters stick around?  The terminology isn’t too clear yet – perhaps we’ll start referring to “hangs” on the Vine?  Or maybe not.  Users are also reporting problems associated with sharing on Facebook, and opening Vine links in browsers, but no doubt these are just early glitches.

I think Vine could well be a grower and will be keeping a firm eye on it, but given that it’s currently only available as an IOS app (for iPhone, iPod touch, and iPad), it’s not yet a direct Twitter or Facebook threat.