THE presenter of Channel 4’s Grand Designs has stepped in to help the campaign against the planned Saxonvale development.

Local resident Kevin McCloud will speak at the next public meeting to be held at at 7.30pm, Thursday 30th June at Rook Lane Chapel. 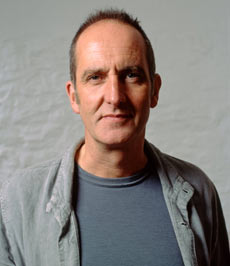 “It’s a critical point in our campaign.   We understand that the proponents of a big supermarket, St James Investments, will be taking an exclusivity agreement for part of the land in the next few days” explained Frome resident and chairman of the campaign group, Luke Wilde.

“Things could now start to move very quickly and it’s time for the community to put down a marker. We very much welcome Kevin’s experience and input and hope that as many as possible can attend.”

The public meeting at Rook Lane Chapel will ask ‘If not a big supermarket, what then? How can a Saxonvale development aid Frome’s sustainability?’

At the event the campaign group will present a community manifesto for Saxonvale. This will combine public feedback from previous meetings held at the Cheese and Grain with thoughts and views shared in local press, social media and email correspondence.

Mr Wilde added: “We’re putting out a clear message that this community cares about its future and wants to have an active say in it. The recent council elections underline this. Frome is loved for its independence and that is its point of difference from so many other towns.   If we want a development which is in character with the rest of Frome, we need a big turn out on the night to show the developers we will put up a fight.”

Kevin McCloud’s recent letter in The Somerset Standard expressed his view on the redevelopment of Frome’s Saxonvale site. He wrote:

“We will not create distinctive local towns that thrive economically and are a pleasure to live in if we make them all identikit places devoid of local businesses. If you want to see what happens when Tesco congregate big retail brands on one of their sites in a market town, take a ride to Shepton Mallet where the life has been sucked out of the town centre.

The meeting next Thursday at Rook Lane Chapel will start at 7.30pm.   Councillors have confirmed they will be in attendance.