Media coverage served up for Inn at Freshford 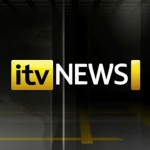 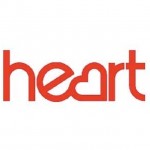 It’s been another busy, but great start to the week.  More media coverage of pigeon racing has rolled out since Saturday’s BBC Breakfast News feature.  We’ve also engineered further high profile results for the lovely Inn at Freshford, with which we recently launched Save Bath’s Historic Pubs campaign.

For starters, the pub and its campaign featured on BBC Radio Bristol on Saturday morning.  The interview, with local historian Kirsten Elliott, starts at 1:19:50.

The main course arrived in the form of an equally tasty serving of ITV News coverage yesterday, which also highlighted the recent closure of the nearby Packhorse Inn in South Stoke.

Save Bath’s Historic Pubs campaign has already been met with a massive amount of support.  Mark Birchall, the Inn at Freshford’s landlord, is adamant that a change is needed, to protect the heritage of Bath’s pubs. Watch this space for more media coverage.

Don’t forget the local pub history talk at The Inn at Freshford tomorrow evening – which is free and will probably kick off at about 7.30pm.