If you live in or near Frome and read the Somerset Standard, you’ll have hopefully spotted our weekly Twitter column.

Last minute editorial changes meant there wasn’t space for it in this week’s paper (thanks to avid readers for the tip off via Twitter), but fret not, it’s here instead.  We understand it’ll be back in its usual printed spot next Thursday.

(Click on the image below to see the column in full, which is just over 1MB) 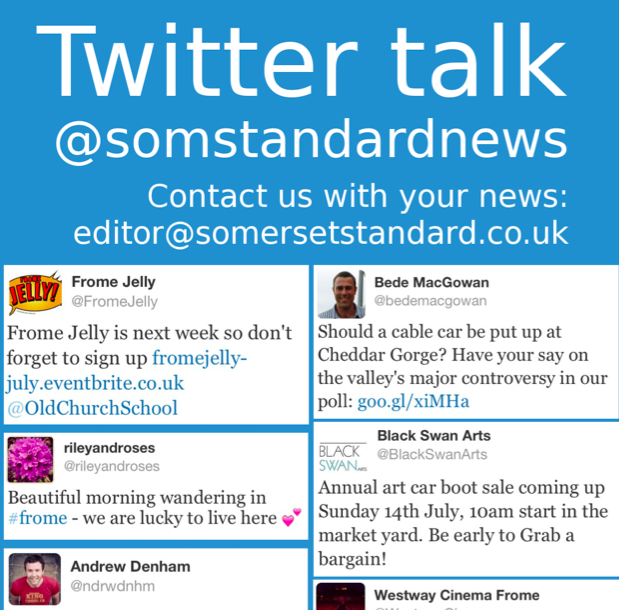