When asked by BBC Somerset presenter Ben McGrail if I thought a Frome tweetmeet was a recipe for an awkward blind date it did get me thinking. Will everyone be interesting beyond 140 characters? Have I orchestrated a Frome #fail?

My own experience of meeting up with fellow Tweeters offline has always been extremely positive. I now work alongside a bunch of people first met on the micro blogging site (despite there being less than a physical mile between us). As the reason to follow and connect with people is generally due to a mutual interest, I find there’s usually common ground and plenty to talk about when you do sit down for a coffee or a beer.

But as the breakfast show presenter was keen to point out during my Friday morning interview, there was potential for an anticlimactic Friday night spent trying to engage in dull conversation. I considered this for a fleeting moment, but then remembered I had a back up plan – the special cocktails I’d asked the host venue to include on the menu. Preparation is everything. 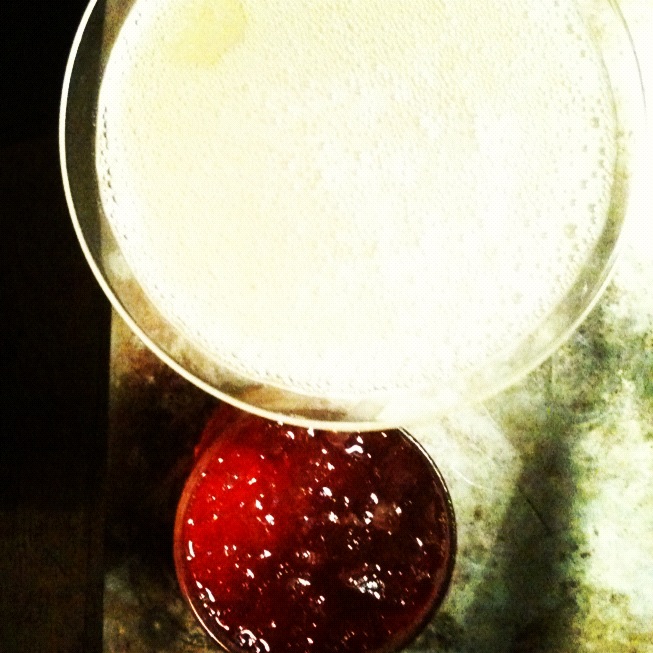 I’ve long thought Frome had the potential for a lively tweetmeet (conventionally called a tweet up, but this is Frome). Also, I have a theory that this energetic Somerset town has a much higher than average proportion of its population on Twitter. Would anyone care to research?

Search for #Frome on Twitter, ignoring the Ethan Frome references and misspellings of from and you’ll see what I mean. Most days see a lively and entertaining conversations between residents, businesses and other organisations in the town.

After a local straw poll and various on and offline conversations I was also well aware that a great number of people who converse with each other every day on Twitter wouldn’t actually recognise each other on the street.

So I needn’t have worried. Last Friday’s tweetmeet in Frome was a hoot. We successfully packed out the bar areas of the hosting Archangel and judging from the noise levels at various points, conversation more than flowed. As a general rule, sobriety ebbed. I was completely overwhelmed, not just by the impressive turnout and buzz around me, but by the mass enthusiasm for a repeat event. Then there was the surge of positive feedback on Twitter itself, at various points in the evening and following morning. 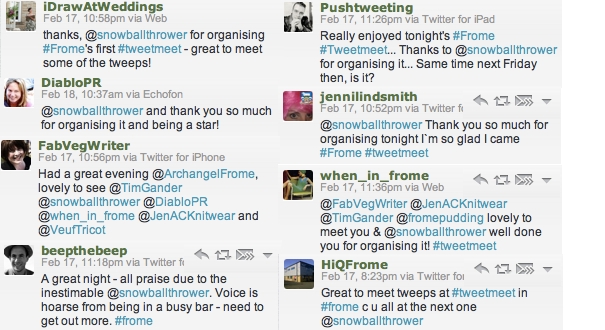 BBC Somerset’s Ben McGrail has said he’s tempted to come along to a future event, so we’ll hold him to this when the next one’s organised. Keep your tweety eyes peeled. And big thanks again to all who came along, supported and helped to promote Frome’s first tweetmeet.