A FIRST for BBC Dragons’ Den, a pitch from a businessman more at home in the field than the boardroom 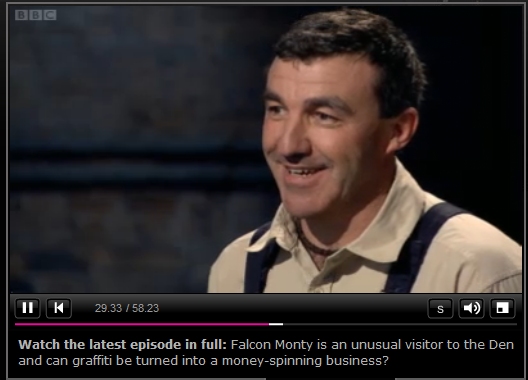 The farmer who has been growing rapeseed for 15 years on his North Somerset farm went on the show to seek investment in his food business Fussels Fine Foods.

His presentation sparked intrigue from the multi-millionaire investors, who took a shine to his products, particularly retail expert Theo Paphitis who after trying, described them as “fantastic”.   However, the Dragons decided not to plough money into the rapeseed venture.

“I’m sure I took them a bit by surprise!” commented Andy.   “My business and background are very unlike those of the majority of entrepreneurs who go on the programme.

“But my products have gained their recognition and I have to be pleased with that.”

“I’ve even been in touch with one of the Dragons since the show, who revealed that they’d had a bottle of my rapeseed oil in their kitchen all along!”

Andy’s food brand came about as a direct result of the drop in rapeseed crop prices; his flagship product cold-pressed rapeseed oil is still the best-selling item in his range.

“Diversification into new markets is a constant consideration for the modern day farmer and adding value to this crop was critical to the future profitability of Fussell Farms.”

Producing quality rapeseed oil provided the answer and three years on, his home-grown oil can now be found across the South West at farmers’ markets, delicatessens, health food shops, a growing number of supermarkets and in the dishes produced by many restaurants and hotels.

“While it’s regrettable that the Dragons chose not to invest, the experience as a whole was certainly valuable.  It’s already attracted new opportunities for my business, so I’m glad I took the plunge.”

“I have a determination to make Fussels a national brand.  It’s proved itself here in the South West with consumers, retailers and restaurants – now the challenge is to reach the next level.”

Find out what members of the public think of Andy Fussell’s products on the follow up BBC Roadtest show at bbc.co.uk/dragonsden – or visit this site to watch the Dragons’ Den episode again.